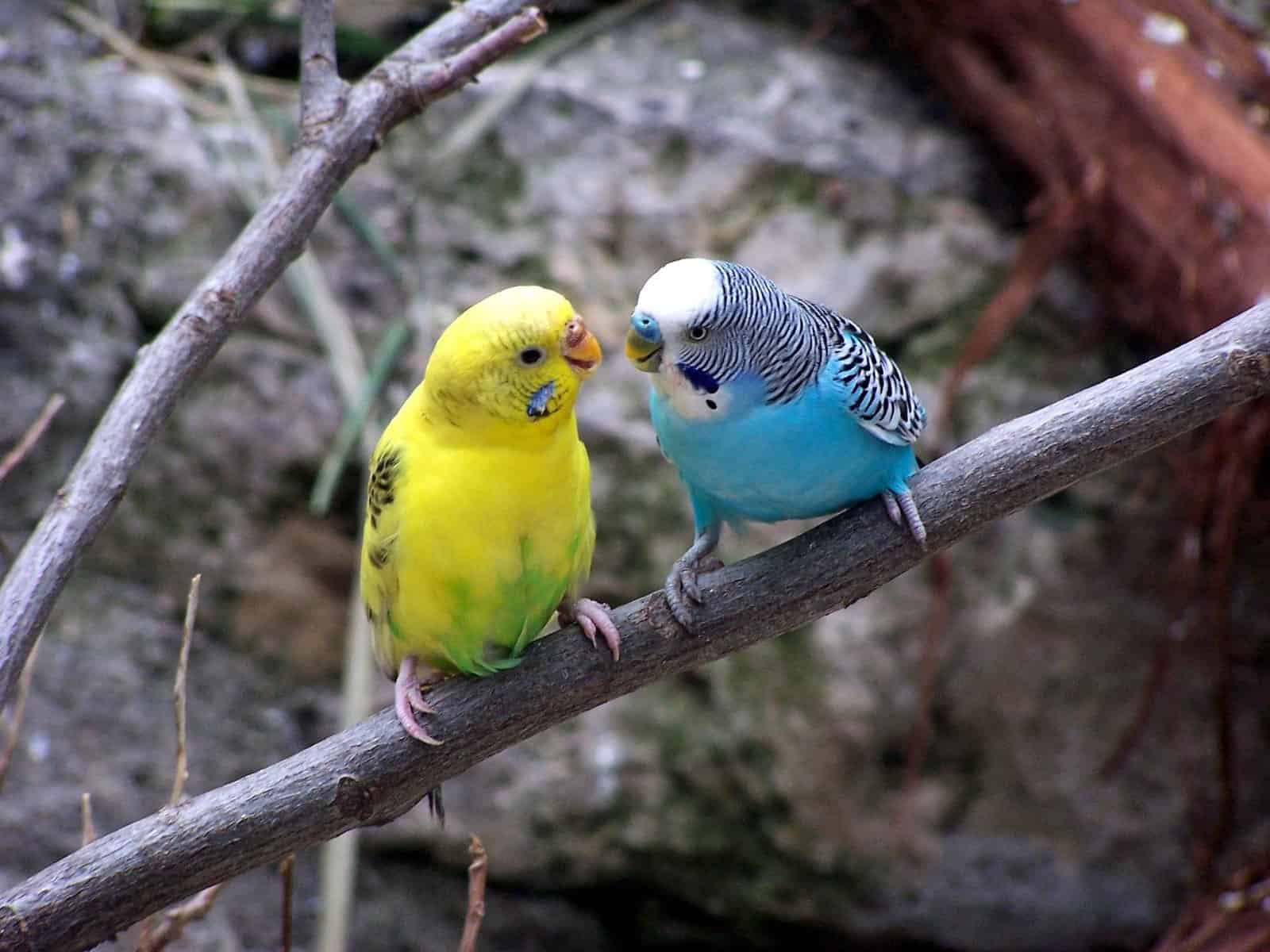 The parakeet population is widely increasing through the years. Parakeets will bred easily in the right conditions. Most pet bird owners are not that focused on breeding their winged pets for some reasons, probably because they lack enough information about this area. In this article, we will focus on how to breed budgies. So, let’s go!

How Do Parakeets Mate?

Two parakeets will bond eventually in a matter of time.  A parakeet owner can determine the sex of each bird through its appearance. A male parakeet has a typical blue cere. They have a fleshy area just above the beak where the nostrils are. In some fancier varieties like lutinos, albinos, and some pastel-colored birds, the cere may be pinkish-lavender rather than blue, and the nostrils will be completely lavender as well. A young female parakeet has lighter blue ceres, but it has a ring directly around each nostril hole that won’t see on a male. As they mature, the cere turns tannish brown and becomes rough in texture. Albino and lutino can also begin with lavender-colored ceres, but they will turn brown.

Indeed, a parakeet must bond to bread. There should be a bonding between the pair before the breed. A parakeet may decide its other half. But as an owner, you can provide them selections such as parakeet with a great complexion of colors. You will form pairs of juvenile birds and allow them to grow together, but you can still handle a couple of adult birds.

Let the pair roam around the cage. Both can get used to living with each other if it will enjoy each other’s presence. One of the signs that they are bonding is through sitting and following each other around. If you see the male feeding the female, then they are effectively attached.

Parrakeets are generally mature enough to reproduce for a year. When the female develops a brownish crusty-looking cere, you can now set up the nesting boxes for your parakeets.

Step 1: You have to make sure that you have a male and a female budgies.

Step 2: Have a Budgie Nest which is a Wooden Box.

Step 4: Make sure your Budgies are Adults.

Step 6: Keep Them in the right temperature about 24 Celsius.

Step 7:​ Keep Sufficient Food and Water at all time.

Step 8: Keep A Cuttlebone or Mineral Block for extra Calcium.

Step 9: Do not disturb the hen at her nest.

How do I know when my parakeets are ready to mate?

Once you have a pair that are potentially ready to mate, separate them from the rest of the parakeets (if many). It will ensure that no other male parakeets can get to the female when she is ready to breed. It gives the pair space and time to bond in private and away from other parakeets. Your parakeets need to be alone in a large spacious cage. Give the female parakeet some softwood to eat. It will help her to reproduce.  Moreover, parakeets are more active naturally during the rainy season. You can help them feel excited by repeatedly spraying them with water.

Take Good Care of the Pair

To take care of the two parakeets, you must ensure that the couple has a cuttlefish, mineral block, and at least two perches. You should provide food and water in increasing amounts during pregnancy and when babies are born. Give them plenty of fresh vegetables and pellets during mating.

You may not see your pair mating, but once the parakeets are ready to mate, they will start perching next to each other. The female can regurgitate its food upon the male, and it will lift its tail. There will be a lot of attachment and much billing and cooing going on. The big tell-tale sign that mating has been a success is when your female starts nesting. The male bird then treads the female by performing the cloacal kiss – touching the vent or cloaca. She will be happy to go-off and reorganize the wood chips in the nesting box. She will also prepare the area just how she likes. Do not worry if you see your parakeet throwing chippings away out the hole. She does not want that much.

Upon fertilization, you can expect the first egg in about ten days. Your parakeet will then lay one egg every two days until it has laid all the eggs. Once the first egg has appeared, your female parakeet will sit down on the nest. You will rarely see them because of that. Keep monitoring the nest box, and do not disturb the procedure. Your hand may carry bacteria that can be delicate to the eggshell.  In 18 to 23 days after the initial egg is laid, the baby parakeets will start to hatch.

How long after mating do parakeets lay eggs?

To lay a fertile egg, a female parakeet must mate with a male more than once. The birds regurgitate back and forth, and then the male climbs the female in the middle of a flap of wings. The study claims that the female will lay an egg within 30 hours after mating if the male succeeds.  After that, one egg will be laid every two days, usually three to eight eggs in total.

A single parakeet may occasionally lay an infertile egg. It is just a sign that hormones went through the mating process in the absence of a male. The female parakeet will not be upset and will not attempt to incubate the egg. You just have to remove it.

Before laying the egg, the parakeet usually produces saddles that are visibly larger than the normal. The parakeet can start molting and use its feathers for nesting or become more interested than usual in the birdhouse. The parakeet can begin to perform a routine such as cleaning several times or going around the cage in a certain way, but this should only last a few hours.

What should I do if my parakeet laid eggs?

Do Male budgies sit on eggs?

Animals have their different ways to show how protective they are when it comes to their eggs. Just like other animals, parakeets are protective of their eggs too. They usually sit on their egg for development purposes. A male parakeet sitting on an egg is unusual, but it is possible. Some males did not sit on the eggs. However, he feeds the female for some time. A female parakeet sits on her eggs to keep them warm. You can always see the mother sitting on her egg until fully hatched. A parakeet may be too stressed to sit on its eggs sometimes, or other females may build muscle and interpret incubation or may even damage the eggs.

1 thought on “Parakeet Breeding Guide – How Do Parakeets Mate?”